Skimboarding brings together the skills and tricks required to be a top skater, snowboarder and surfer to create a sport which is fast developing a cult following. Though the hybrid sport looks most like surfing, the range of moves which can be made are much higher. What’s more, you don’t need huge surf to skim.

In appearances, the skimboard is vastly different to its better-known relation. It is about half the length, half the thickness and slightly wider than a surfboard. Also, skimboards have no fins, making them much less stable and difficult to control, allowing for tricks which cannot be done on a surfboard.

To skimboard, you stand about 6m/20ft from the ocean, on a beach where the waves are crashing directly on the shore. On spotting a decent wave, you run towards it and upon reaching the wet sand, drop your board and jump on as quickly as possible. You must then remain as stable as possible and prepare to make the transition to the ocean. If you stay on the board, you can glide into the ocean toward the oncoming wave, bank off it and ride it back to shore.

Tricks can be made according to the height of the wave and the skill of the rider. Some of the moves are taken from skateboard parks and ski slopes, making the sport unusual to watch.

But you don’t need waves to be able to skimboard. You just need a thin film of water of a flat sandy beach. When there are no waves, skimboarders will skim parallel to the shoreline and pull off various moves. This is known as flatland skimboarding. 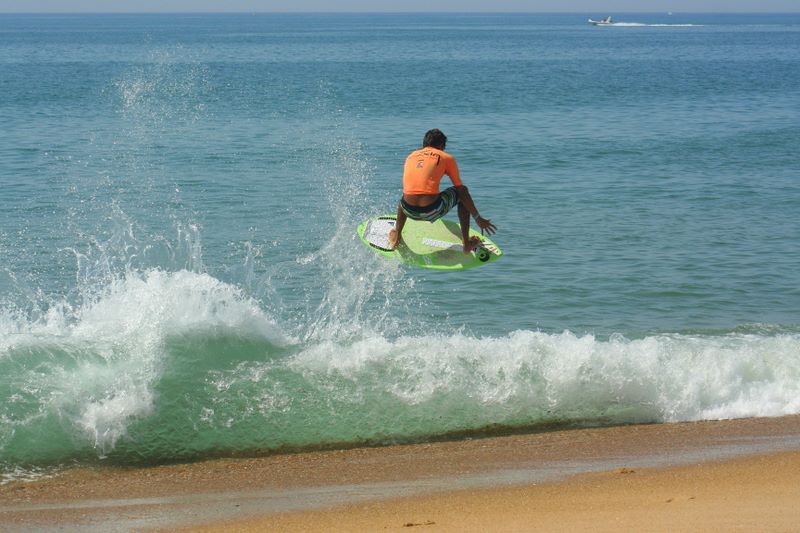 Competitions are increasing in numbers year each year and one man has grown to dominate the sport – Bill Bryan, winner of nine world titles and skimboarding’s undisputed king.

Despite his success and the fact the sport has gone professional in the US, the rules governing how it should be judged are yet to be clearly defined. This sport is still finding its feet.

It is thought that skimboarding originated in Laguna Beach, California, US, in the 1920’s, when lifeguards used to skimboard on pieces of wood. Although people still skimboard on wood, the sport has evolved immensely. Skimming is taking off around the world, in particular in Japan and Australia.

The man responsible for modernizing skimboarding is Tex Haines, owner of Victoria Skimboards. In the 1970’s, he designed the first foam-core skimboards which made riding a lot easier.

Today, skimboarding is one of the most high-tech water sports. The boards used by professional skimboarders are built to attain maximum lightness & buoyancy, using technology adapted from the aerospace industry.

The board used by the average skimboarder is far more technologically advanced than that of the average surfer. But even though skimboarding is a fairly old and advanced, it continues to be a small sport. 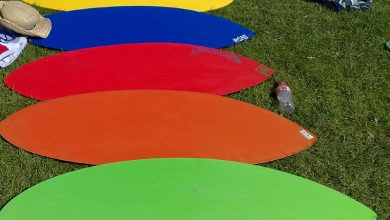 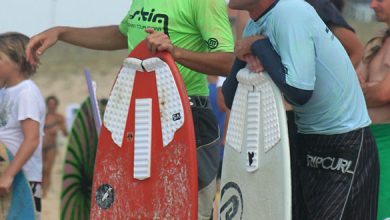 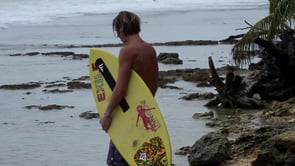 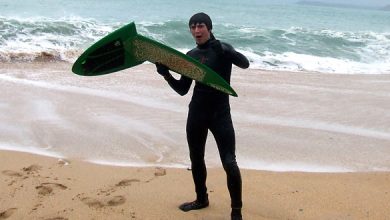 How to look after your skimboard